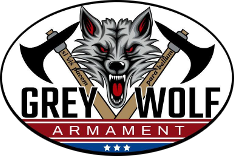 The new Browning 1911-380 is the Right Design, the Right Size, with the Right Features. Based on the John M. Browning’s 1911 pistol design and using the cartridge he created, the new 1911-380 pistol gets it right in every way.

Pretty much everything you want to know about the new 1911-380 is contained in the information and videos below. However, sometimes it is handy to get a second opinion. To read a detailed, third party review on the Browning 1911-380 you will want to go to the NRA website America's 1st Freedom. The article titled Exercise Your Freedom | A Whole New .380 was written by Frank Winn, Guns & Gear Editor and was published on Thursday, May 28, 2015.

There are some very informative things that come out about the Browning 1911-380 as Frank and others put it to the test. This quote will be of interest to you: "In every test we conducted, on paper, on steel (plates to 35 yards), and through defensive and competitive drills, the Black Label performed flawlessly."

We expected as much, but it is still nice to hear it from the experts.

There are few firearms that are more recognizable than the iconic 1911 pistol. Legendary gun designer John M. Browning designed both the 1911 pistol and the mighty 45 ACP caliber it is most often chambered for. The rugged 1911 45 ACP pistol dutifully served as the official sidearm of America’s military forces for more than 70 years, and despite the design being over 100 years old, it continues to be one of the most popular firearms available. In addition to being the choice for elite military and law enforcement units, civilians choose the 1911 for everything from competition shooting to personal protection.

Browning’s 1911-380 is the Right Design, the Right Size, with the Right Features. It is The Right 380. The 1911-380 combines the proven 1911 design with another of John Browning’s inventions —the 380 ACP cartridge — in a package that is 15% smaller than the 45 ACP models and tips the scales at a mere 17-1/2 ounces unloaded. With a manual of arms similar to the 1911, the 1911-380 the perfect choice for concealed carry, home protection, shooters with smaller hands or recoil-sensitive handgunners.

In addition to the 1911 pistol and 45 ACP cartridge, John Browning also developed the 380 ACP cartridge, which has also been in service for more than 100 years. With recent advances in ammunition technology, the 380 ACP is a legitimate choice for personal protection with the popularity of micro 380 ACP handguns skyrocketing.

1911 45 ACP model, making it ideally suited for concealed carry duty, and for a wider variety of shooters.

It offers a familiar feel.

Variants of the 1911 handgun are popular among the concealed carry crowd, and the design is one that many shooters are highly familiar with. The 1911, thanks to its single-stack magazine, is narrow and conceals well for its size. However, 45 ACP and 9mm versions of these guns are still large, heavy, and can be difficult to conceal depending on what the carrier is wearing.

Unlike other 380 ACP autoloaders on the market, the 1911-380 is the only authentically designed, full-featured 1911-style handgun currently available that is chambered in 380 ACP. The 1911-380 is slightly larger than all of the popular micro 380s, the grip is long enough for three fingers to fit comfortably below the trigger guard; the slide and barrel are longer, yet the 1911-380 only weighs 3-5 ounces more than subcompacts. These slight increases make a big difference when shooting — reducing recoil and allowing for more comfortable shooting, more control, and more accurate follow-up shots. A 1911-380 is still easily concealed with its smaller size and single-stack magazine that offer a compact, flat profile that fits easily inside the waistband and keeps the grip narrow for shooters with smaller hands.

Feels better. You get greater shooting comfort because the grip is long enough for three fingers to fit below the trigger guard.

Shoots better. Yes, the slide and barrel are longer. But this greatly improves accuracy and function -- yet the 1911-380 only weighs 3-5 ounces more than subcompacts.

Follows up better. It is the perfect size to reduce recoil and barrel jump, and allow for more comfortable shooting, more control, and more accurate follow-up shots.

Conceals better. It is easily concealed with its smaller size and single-stack magazine that offer a compact, flat profile that fits easily inside the waistband and keeps the grip narrow for shooters with smaller hands.

One of the biggest performance advantages of the 1911 is a single-action trigger that provides a light, crisp pull that allows for excellent accuracy. The 1911-380 is no exception. The trigger and light recoil make the 1911-380 capable of extremely accurate follow up shots.

Unlike other compact, 1911-style 380 ACP pistols available, the 1911-380 includes both the manual thumb safety and grip safety found on the full-size model. Multiple safeties offer secure “Condition 1” carry. The 1911-380 thumb safety is an ambidextrous design that allows it to be easily manipulated by right- and left-handed shooters. A beavertail-style grip safety helps prevent hammer bite and allows a higher grip to help control muzzle flip.

The natural grip angle offers instinctual pointing and a feel that 1911 shooters are already familiar with.

Today's high performance 380 ammunition is one reason the 1911-380 is such a viable choice for defense uses. Watch these videos on actual bullet performance, along with gel test examples, to understand why the 1911-380 is the right 380.